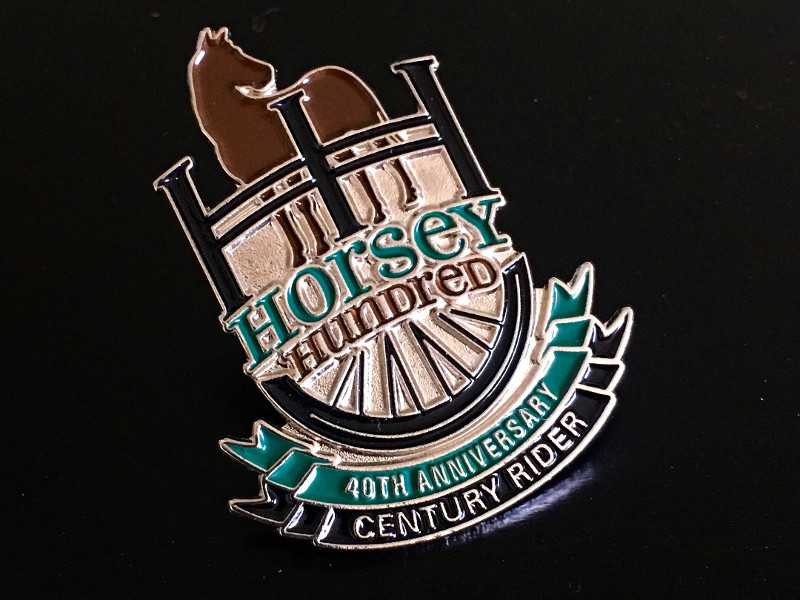 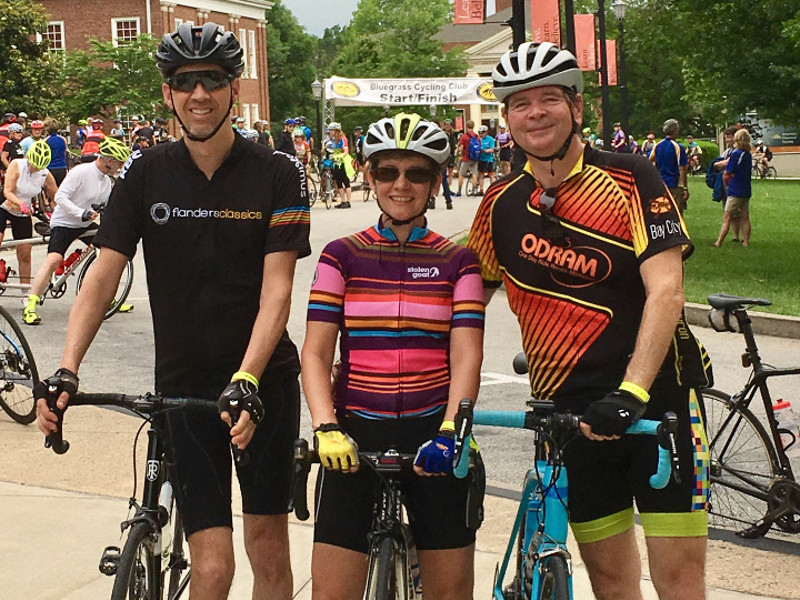 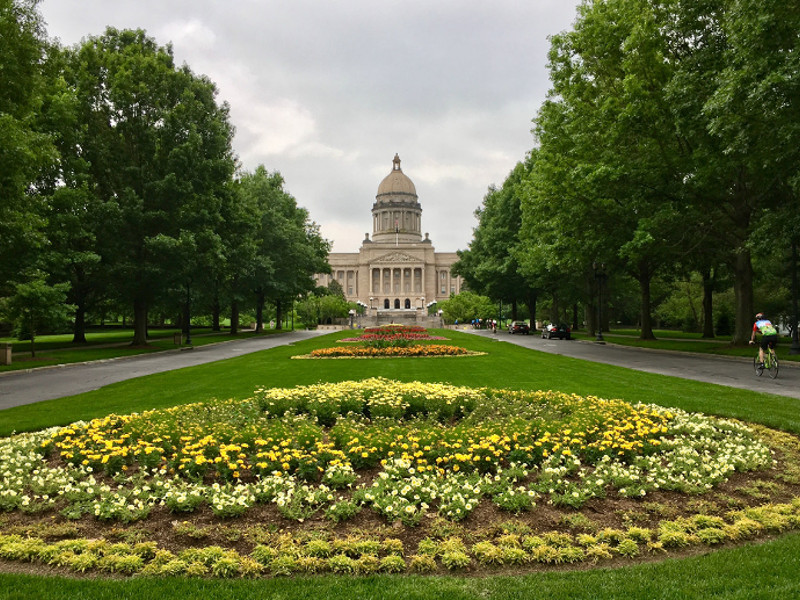 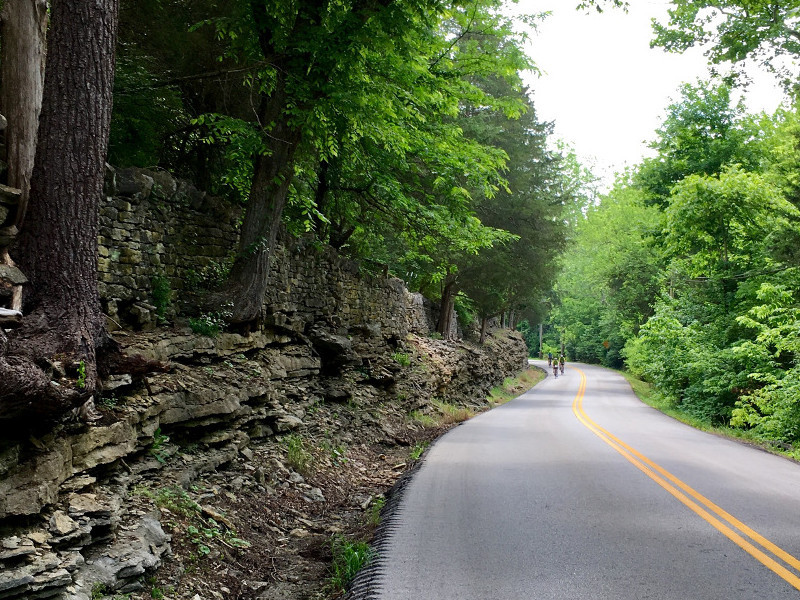 My First Horsey Hundred (it won’t be my last!)

I’d been interested in the Horsey Hundred for a few years after hearing great things about the ride from several fellow 3RVS members, and I was thrilled to be able to work it into my schedule this year just in time for its 40th anniversary. The Horsey Hundred is organized by the Bluegrass Cycling Club and takes place northwest of Lexington in the heart of Kentucky’s Bluegrass region. The 2-day (Saturday/Sunday) ride offers a wide variety of distance options each day, with the longest route on Saturday being a century.

I accepted a generous invitation from 3RVS members Mona Will and Robin Mitchell to carpool together for the 4-hour drive from Fort Wayne to Georgetown College where the ride is headquartered, complete with it’s “Command Center,” a sizeable Vendor Expo, food trucks, live music, and more. The peaceful and picturesque campus setting ensured that things never felt too crowded or busy, which was particularly fortunate for me since I had reserved a very affordable dorm room for my 2-night stay. I had a feeling that this year’s attendance was probably adversely affected by the chance of rain in the extended weather forecasts, but I imagine the college easily accommodates the ride activities very comfortably every year.

With staggered start time recommendations for the different distance options and specialty groups (century riders encouraged to depart earlier, a time for tandems to meet up, etc.) we had the flexibility of starting our Saturday ride when we wanted to, and we rolled out just after 8 a.m.. The weather was near-perfect, with no rain and a temperature that was almost too cool for short sleeves without arm warmers, so we knew it’d be great once we warmed up.

We left Georgetown College and made our way out of the city on one of the only “busy” roads we would ride all day. Unfortunately, the combined 82- and 100-mile routes split from all of the shorter routes within the first 10 miles of the ride - so I reluctantly wished Mona and Robin a great ride and set out on my own.

The cool, humid air was noticeably sweet, infused with the unmistakable smell of honeysuckle. All day long, riders were treated to mile after mile of surprisingly smooth roads, often bordered on one or both sides by historic hand-stacked rock fences and large, mature trees. The backdrop for the constantly rolling hills were the seemingly endless acres of impressive and immaculately maintained horse farms, their grounds both bordered and sectioned off by miles of matching 4-board fences. At times, the rolling hills gave way to more serious climbs, though only rarely double-digit grades (most climbs were 5-7%), and each climb was inevitably rewarded with an invigorating descent. Rough sections were few and far between (but very well-marked) and car traffic was minimal.

The long routes wound their way west, eventually following the Kentucky River south through the state capitol of Frankfort, where riders circled the drive around the majestic capitol building before heading out of the city. Once out of the city, the route followed Glenns Creek Road past a handful of rustic bourbon distilleries oozing with character, including the Old Crow Distillery and the Castle & Key Distillery which is emerging from the ruins of the historic Old Taylor Distillery, built in 1887 and perhaps the first to embrace bourbon tourism (also known for being the first distillery to produce one million cases of straight bourbon whiskey!). This rare stretch of mostly flat riding was to be the only flat stretch all day.

I was feeling great and making good time when I came to the 82-mile / 100-mile split, so I turned onto the 100-mile route (if I hadn’t, I just knew I’d regret not tackling those extra 18 miles). Shortly after I made that right turn, though, I was met with the reality check of Clifton Road, a 1.3 mile hill with average grade of 6% - just the kind of climb that we don’t have in northeast Indiana, the kind of climb that I really enjoy settling into. After that, the Century route continued through Versailles and on to its own century SAG stop where riders were given a century pin and the chance to have a fun picture taken with medieval props and the offbeat “Castle Post” in the distance. All of the routes re-joined before the finish, with a final SAG stop - featuring root beer floats! - just 10 miles from the finish.

On day 2 (Sunday), Mona, Robin and I rode the 35-mile route together at the easiest pace possible for the rolling terrain. It was a great wrap-up to a great ride, and made even better by riding together with fellow 3RVS cyclists.

This was my first Horsey Hundred (actually, my first time cycling in Kentucky at all), but it definitely won’t be my last. In fact, the Horsey Hundred’s smooth roads and spectacular scenery should make it a contender for everyone’s annual “must-do” ride list. I can say that it definitely has a spot at the top of mine.